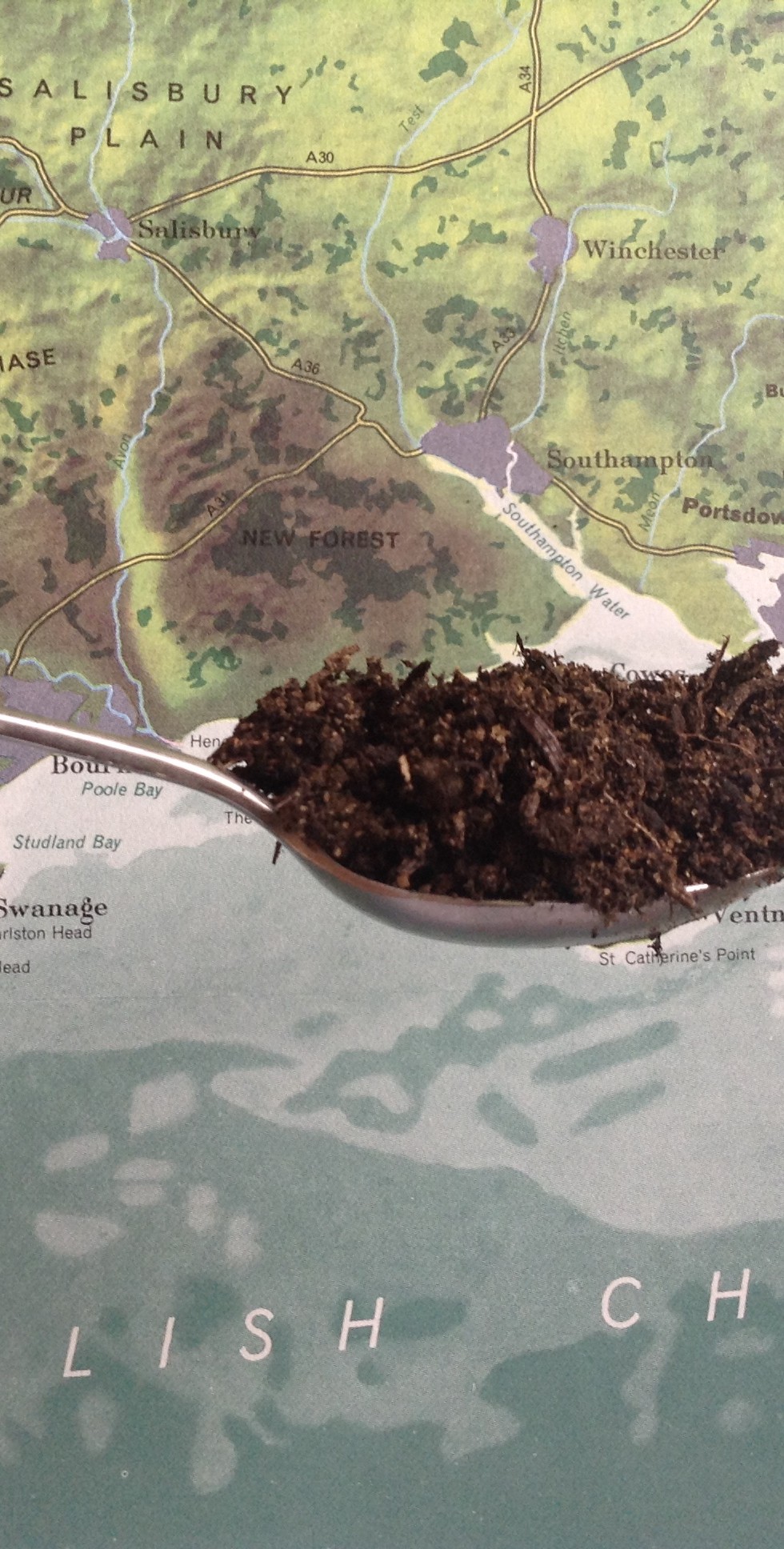 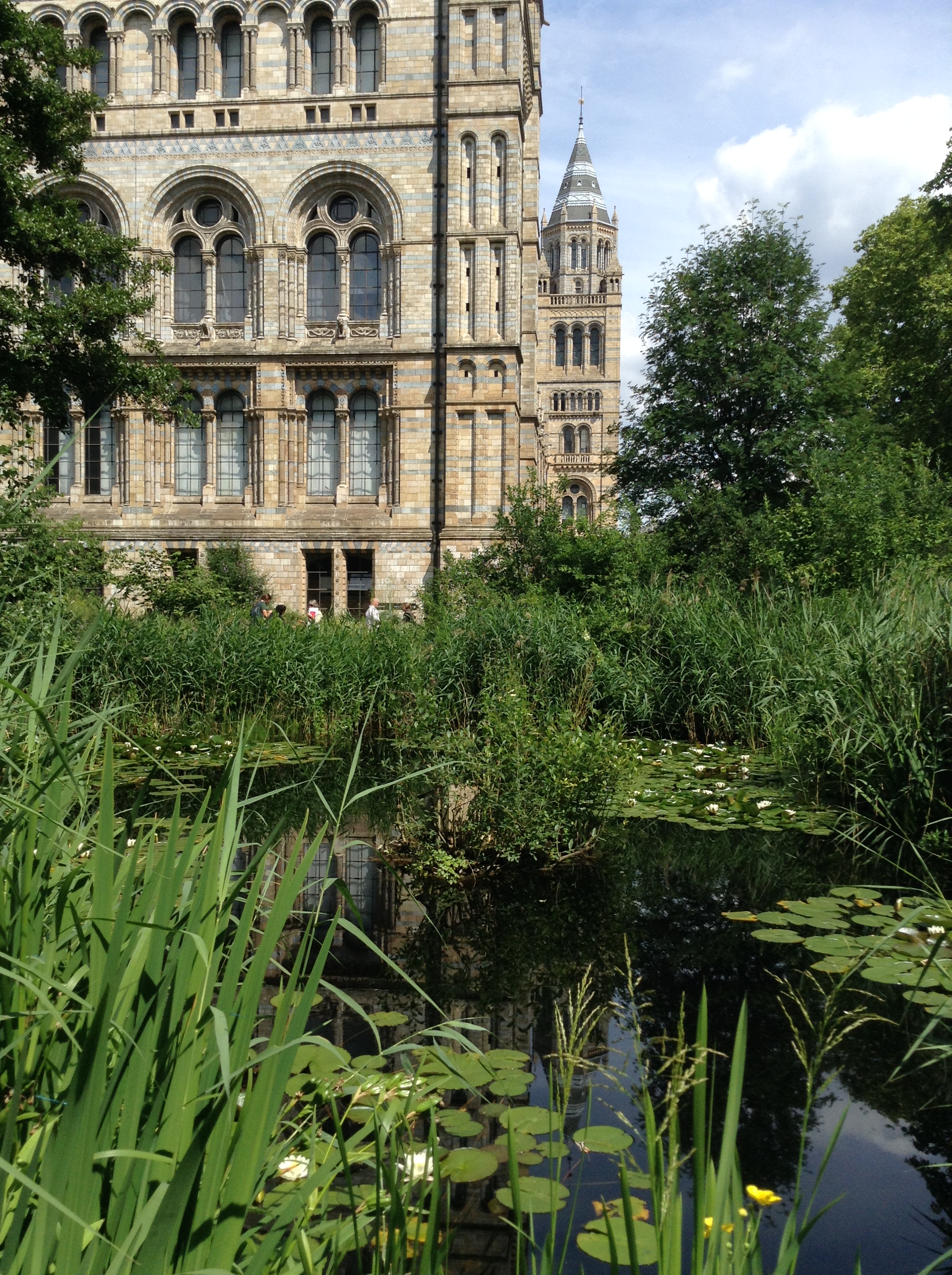 So why was I at the Natural History Museum? Well, out of all the possible places a human being can be, one of the world’s best museums is a pretty good choice. But I was there on Midsummer Day, Wednesday 24 June, for the Wildlife Gardening Forum‘s conference on soil biodiversity in the garden. The Island-beating teaspooon was metaphorically wielded by the first speaker, Joanna Clarke from the British Society of Soil Science and Reading University. She was followed by another six excellent and inspiring speakers: Matthew Shepherd from Natural England, Martin Bidartondo from Imperial College and Kew, independent agronomist Caroline Coursie, whose clients include Tewkesbury Council, Emma Sherlock from the Natural History Museum, Peter Shaw from Roehampton University, and Michael Archer from the Bees, Wasps and Ants Recording Society. (Here’s the conference programme, with more details.)

I shan’t share more in this blog of all the wonderful things we learned. It would take too long, and anyway it’d be better to check out the Wildlife Gardening Forum website, which is a wonderful resource of wildlife gardening information. But watch this space, because I don’t think I’ll be able to stop myself from sharing a few more teaspoonfuls in the next few weeks.

After lunch we had the afternoon in the museum’s wildlife garden, where you can see eight different habitats in one fairly small space, and they’re all beautiful. There are gardening snobs who boast about their gardens just as other people boast about their gardens, but I don’t suppose even David Sedaris could get quite the same barbed pleasure out of the tale of a snob saying ‘In my garden habitat, well, one of my garden habitats…’

It was a great day out, meeting some of the dozens of other people there who love their gardens, love their wildlife, and who are actually doing something to help wildlife. What I enjoyed most, perhaps, was when Matthew Shepherd got us all enthused with how much wildlife there is to discover even in the soil around the roots of a weed growing between paving slabs just outside the back door, and how a microscope good enough to identify lots of that wildlife can be bought online for about a tenner. So far Matthew is not only Natural England’s first specialist in soil biodiversity, but their only specialist in soil biodiversity. Joanna Clarke had already told us that a quarter of the planet’s biodiversity is in the soil, so I reckon we could do with a few more soil biodiversity specialists. Matthew’s point was that we can all help to record that soil wildlife. ‘Soil life is accessible, fascinating, identifiable, and all over your garden – there’s a new world to be discovered!’

Some research was mentioned later (I’ve got to chase the references on this, so bear with me – details to follow, I hope) that suggested the crash in farmland bird numbers may have been caused largely by the harm we’ve done to soil in the last century. As soils have been eroded, and compacted, and stripped of their organic matter, so the living organisms in the soil have been killed off, and so the birds’ food supply has been cut off. So even for people who can’t get excited about springtails or mycorrhizas or oribatid mites (sad people, their loss, but let’s face it we’re probably never going to get television moguls sending off their photographers to film soil mites in the same neverending torrent as we get from lions hunting antelopes or the rutting red deer) it’s worth looking after soil wildlife, because soil is the foundation for life on Earth.
So if we care about climate and wildlife, then we need to care about soil, join the Wildlife Gardening Forum, and get out there appreciating and helping our soil wildlife. And in our gardens, one of the ways to look after our soil  that almost all the speakers mentioned – make lots of microhabitats. David Sedaris and his family may never have been able to say ‘My home, well, one of my homes’ except to skewer pretentious rich people, but we can do it for our soil wildlife. In our gardens, soil wildlife can have more than one home.